How it lost its original clustering key is a perfect topic for this month’s T-SQL Tuesday! 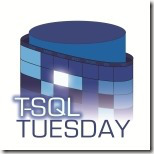 As previously referenced, we had a half-billion row table (which we’ll “round up” to a billion, just for the sake of argument) that needed an index.  A clustering key, to be exact.  How it lost its original clustering key  is a perfect topic for this month’s T-SQL Tuesday (we planned to replace it, before realizing how long it would take, and had to cancel the job after it was removed but before it could finish adding the new one).  Anybody can drop an index; it takes mere milliseconds.  But to create (or rebuild) an index, the SQL engine needs to touch every single row that index will include, and of course for a clustered index, that’s errverybody.

So the “Lessons learned the hard way” are:

When planning an index replacement for a billion-row table, don’t just schedule the job as “drop old index, then create new index“, and expect nothing to go wrong.

Don’t try to index a billion-row table all at once.  Use a smarter methodology.  Unless you can literally afford to have that table be offline for several hours (depending on your hardware, and assuming you’re on Standard Edition.

Of course, some of you crazy kids with Expensive Edition are scoffing and thinking “Oh that’s nothin’!”, with your billions of rows and online index rebuilds.  Well you can go back to your fancy Always Encrypted data and your terabytes of RAM and just pretend I said “trillion” instead of “billion” — maybe that’ll fit your scale a bit better.  But for the rest of us mere mortals…

Anyway, since we’re peons, we can’t just go create the billion-row index without taking the table offline.  So we need to come up with a way to minimize that downtime for the table, and avoid causing excessive blocking or I/O overload on the instance.  As I said before, SSIS to the rescue!

I call this the “setup, dump, & swap”.  Essentially we need to create an empty copy of the table, with the desired index(es), dump all the data into it, and then swap it in.  There are couple ways you can do this, but it boils down to the same basic premise: It’s “better” (probably not in terms of speed, but definitely in terms of efficiency and overhead) to fill this new copy of the table & its indexes, than it is to build the desired index on the existing table.

So here’s an outline:

Let’s back up a bit.  Why are we doing it this way?  More importantly, what are the general use-cases for this kind of thing?  Well as I said, it’s “better” in certain ways, than simply creating the index on the “live” T.O.U.S.  It avoids locking said live table, and it has the potential to put less stress on the database and less synchronous I/O against its primary files.  Finally, and most importantly, as a bulk insert operation, with configurable batch sizing, the SSIS task will put exponentially less load on the transaction log.  Whereas, with the regular inline index creation, it could easily fill up the Tlog and will definitely cause performance issues.

In my case, this was actually an archive of 2016 audit-trail data, so if I’d have chose, I could have taken it out of the partitioned view it was part of, and dealt with it being offline for several hours.  But because I’m a sucker for a good problem, and because I wanted to be able to semi-accurately monitor the progress to let the boss-man know when it might be done, I chose to take this route instead.  It’ll come in handy again soon, I’m sure — we have several other jumbo-tron tables laying about that may need some index tuning and/or partitioning.

So, happy swapping, and don’t let those T.O.U.S.‘s get the best of you!

PS: thanks to @SQLDoubleG for hosting, and thanks in advance to the rest of the community being lenient of my “submission” being a re-purposed existing post with a few extra blurbs thrown in to bring it on-topic!  =D

3 thoughts on “Indexing a HUGE Table”

Favorite Thing of the Now